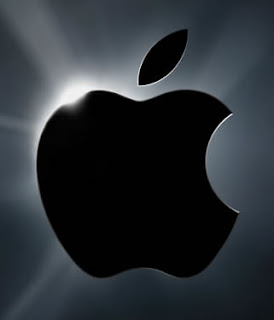 Today is the big day. Apple is most likely going to change their entire iPad product line forever, and at the same time, completely reverse the late Steve Jobs' wishes regarding the iPad.

The tech blogs are all buzzing with excitement this morning, as Apple gears up for a major product launch today. The event is scheduled for 10 am PST, and is likely to be the launching of the iPad Mini, as well as a possibility of some other products, which we will highlight later.

The iPad Mini, while holding the possibility of being a great inroad to the middle and lower ends of the tablet market, is a direct contradiction of the wishes of Steve Jobs. Jobs had said more than once that he had no desire to produce a smaller version of the iPad, but would rather that Apple should focus on the high end of the market, and produce only their top shelf products.

This may all be changing today, as the rumored price of the iPad Mini is less than $300. This will make an Apple iPad a much more affordable product for the lower end of the market. While Jobs may have opposed the making of such a device, it may be exactly what Apple needs to hold its spot in the tech sector. Of late, the company's stock has suffered, plummeting from its high water mark of $705 per share in recent weeks. The launch of an iPad Mini could help restore investor confidence, and boost market share. This would, in turn, help push the stock back towards the price targets set by analysts for the company. Some of these targets are upwards of $1,000 per share, and if the launch goes according to plans, and the iPad Mini is a big hit this holiday season, it could easily be reached.

Apple is also rumored to be revealing several other products today, including a Mac Mini, a new 13" Mac Book Pro with Retina display, and the possibility of an iPad 4. The iPad 4 would be an early refresh, considering the iPad 3 has not been out very long, however, many tech analysts believe that in order for Apple to keep up with the changing times and technology, this early refresh may be necessary, and it could help boost their holiday sales figures. I guess we will have to wait a few more hours and see what it is that Apple has up its sleeve for today.iPad Instructional Video