Could Apple Be Designing The iCar?

Apple Inc. is perhaps the most cutting edge company when it comes to mobile technology. It brought us the iPhone, iPad, and iPod. These three items are, without a doubt, three of the most popular gadgets on the face of the earth.
However, Apple’s competitors are branching out into other areas of technology aside from mobile devices. Google Inc., Apple’s arch-enemy has offered not only the Android OS in answer to Apple’s iOS mobile operating system, but also supplies other Apple competitors with the OS to run their tablet computers. This is direct competition to Apple’s iPad line, and while iPad is still a hot tablet, Google is steadily gaining ground thanks to Samsung’s Galaxy line. 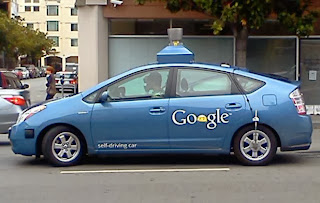 Google’s Car
Google Inc. has been involved with designing and testing a car that is completely hands free for the driver. The company has permits to operate the vehicles in three states, and is conducting intensive testing to ensure the vehicle meets highway safety requirements.
The first state to give its approval to Google for testing was Nevada, where a license was issued to a specially modified Toyota Prius. The laws sanctioning the testing of the car went into effect on March 1st of 2012.
The second testing area was approved by Florida in April of 2012, followed by California in September. The official “OK’ by California governor Jerry Brown was a much celebrated event that took place at Google’s headquarters in Mountain View.

Will Apple Soon Announce An iCar In Development?
With Apple’s continued struggle to stay ahead of its competitors, it would not be a complete blindside if Tim Cook were to announce that the company is testing an autonomous car of its own. After all, nearly every device that is manufactured by Apple, aside from its line of Mac desktop computers has adapters that make them vehicle friendly.
Perhaps, instead of a completely autonomous vehicle, the Cupertino based tech giant will design a car that is controlled by the iPad. The generation that grew up in the 90s and 2000s are video game driven, so a vehicle that is completely controlled by one of Apple’s mobile devices is almost sure to catch on. Imagine being able to climb into your car, press a button on your iPad to open your garage door, set your stereo to your favorite iTunes playlist, and then crank your vehicle! The only thing that would make it better is if Apple teamed up with Tesla Motors to offer one of their vehicles as its flagship.
The idea of a universal remote control has been around for many years. Apple may just be the company to bring such a device into being, and adding the ability to own a car controlled by that same device makes it almost irresistible. Just make sure you have practiced on Need For Speed before you try to drive for the first time.

Tell us what you think. Leave a comment below and let us know if you think Apple will develop a new breed of car.
Posted by IMPACT Ministries 360 at 7:24 AM No comments: