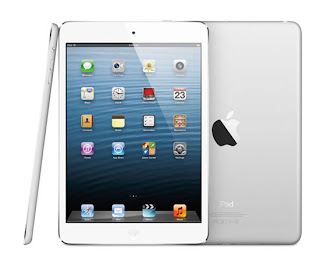 Just as we all suspected, Apple did in fact reveal a new iPad Mini yesterday in San Jose. The hour long event held few surprises, although it did in fact hold a lot of upgrades for Apple products. Even though the iPad Mini was definitely the star of the show, Apple refreshed and updated other products, including the iPad, its MacBook Pro, and its iMac, among others.

Apple has continuously catered to the top end of the market, since it first began serving the public with the Apple 1 computers, and although many thought this might be Apple's chance to foray into the lower end of the market, the company appears to have bypassed this option. Instead, they have simply reached the middle market, and this may be cause for some concern.

Although some analysts may feel that Apple missed its mark in pricing, due to the fact that they're new iPad Mini is priced far above competitor's tablets, I believe Apple may just find that the profit margin allowed for in this new product, versus its new market, may make it very profitable in the long run. Apple's products have long held good standing with the public as being top shelf in quality, and if Apple had desired to market a tablet to the low end of the spectrum, it may have found that to do so would jeopardize the quality of its product line. Perhaps then, the Cupertino company made the right choice this time around.

The other products which were refreshed and revealed at the event may all be read about in the report by ValueWalk, which was released today. One other interesting note to iPad owners, is that there seems to be a shortage in materials which completely explain how to get the most out of your iPad. I found a great instructional video pack, which offers step by step instructions on just how to use the little computer. To get the information Click Here!.
Posted by IMPACT Ministries 360 at 7:06 AM No comments: