Apple Inc. (AAPL) Could Be Ready To Divorce Samsung 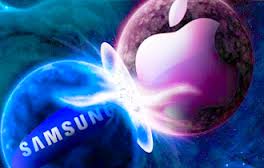 Apple Inc. (AAPL) has long used Samsung Electronics to build its processors for its mobile devices. However, it seems that the recent patent war between the two giants has taken a major toll on their business relationship. According to ValueWalk.com's Anna Peel, Apple is seeking the services of Taiwan Semiconductor Manufacturing Company in developing its future processors.

The report cites Appadvice.com, which has the following information posted on their site:

TSMC is expected to start producing the A6X processors, which will be of the 28 nm type rather than the 32 nm type from Samsung, in the first quarter of 2013. This is earlier than what had been forecast by industry officials, who predicted that Apple would switch from Samsung to TSMC in the second half of the year. TSMC’s A6X yield is expected to be mounted on the fifth-generation iPad and the second-generation iPad mini, which are rumored to be released early this year.

Apple has dominated the patent battle between the two giants, and while it may not be surprising to hear this report, it will be interesting to see how it affects both companies in the future. There have been multiple lawsuits filed all across the globe, by both Apple and Samsung. The battles have led to decisions favoring both corporations, with Apple being awarded $1.05 billion last year. Samsung's latest and possibly the most publicized win over Apple came from the UK, when a judge ordered Apple to post a public apology to Samsung on its UK web site.

It will be interesting to see where the future takes these two tech giants, and what lies in store for each of them. No doubt, losing Apple's business as a client could harm Samsung's overall revenue, but it could also free them up to create better processors for their own mobile devices.