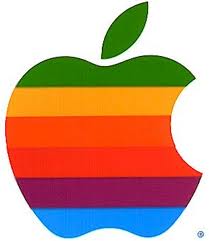 It seems that Apple Inc. and Samsung Electronics Co. will not ever give up trying to strangle each other in the smartphone and tablet markets. In recent months, we have seen both companies win lawsuits against the other, in an ongoing power struggle that seems to be unending.

In August, we watched as Apple was awarded $1.05 billion in damages, as a California jury found Samsung guilty of infringement on 6 patents. Multiple devices were named in the suit, and Judge Lucy Koh placed a temporary sales ban on several of them, until the matter was resolved.

The sales ban on the products, including the Galaxy Note 10.1 tablet computer, was lifted, after the jury determined that it did not violate the patent it was accused of infringing. However, the investigation did reveal that it had violated other Apple patents. Apple has since been seeking a way to keep the tablet off the shelves in the U.S. market.

Apple has decided to continue to pursue Samsung through legal measures, and has broadened its case. This time, the Cupertino company has not only listed the Galaxy 10.1, but has also included Google's Android OS, Jellybean 4.1 in its list of adversaries.

This would seem to be a means to an end. It has long been speculated that the true target of Apple's legal campaigns was not Samsung, but rather Google, Apple's top rival. By jabbing at Samsung, Apple has managed to crimp Google's profits as well, because Samsung is the largest distributor of Android based devices.

How will this war end? In truth, it probably won't. As long as there are consumers, there will be computers, and as long as there are computers, there will be competition. Apple currently leads its field, but with competitors like Google, Samsung, and other tech companies, Apple will have to fight to defend that lead. While the outcome of this case is not yet determined, nor is it totally predictable, it is safe to say that Apple will emerge from the fray with the ability to continue to dominate at least some areas of the tech world.
Posted by IMPACT Ministries 360 at 9:04 AM No comments: