Apple Inc. Could Have Overestimated Demand For iPhone 5 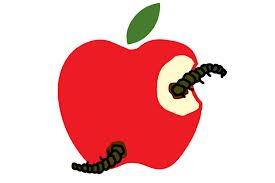 Apple Inc. (AAPL) has been in the cross hairs of analysts and investors alike since the Wall Street Journal reported the company had slashed orders for iPhone 5 components by as much as 50%. Now, CBS MoneyWatch reports that DisplaySearch, a respected market research firm, feels that Apple pushed an initial production run that was entirely too large to sustain. According to Paul Semenza, the senior VP of analyst services at DisplaySearch, the firm was made aware of the cutbacks shortly prior to New Year's.

He said, "It was a very quick ramp up. The Q4 (estimate) was originally about 61 million displays (for iPhone 5)...that may be dialed back, but anything near that number is still huge. That would support the theory that the ramp was too much to sustain."

To make a comparison, the iPhone 4S, which was launched in the final quarter of 2011, sold only 37 million units that quarter. The iPhone 5 blew the minds of many analysts as they announced that preorders of the new iPhone were selling 20 times faster than previous models. This could be the reason for the belief that demand for the iPhone 5 would continue into the new year. However that does not seem to be the case.

Another factor to consider is Google Inc. (GOOG)'s presence in the smartphone market. Their Android based phones are dominating global smartphone sales, and it appears that Apple may have been more than a little overly optimistic in its attempt to regain market share.

The Wall Street Journal's report on Sunday caused Apple shares to plunge to as low as $486, which is a far cry from the high water mark of $705 that was hit last year. The stock currently stands at $508 and seems to be recovering some ground, however, whether it will ever reach the $875 price target set by Gene Munster Remains to be seen.

Get special product offers at www.TinyAppleBytes.com!
New iPad got you confused? Get The Complete iPad Instructional Video From Tiny Apple Bytes!
Posted by IMPACT Ministries 360 at 11:59 AM No comments: