Apple, Microsoft, & Google: Who Will Control Our Homes First? 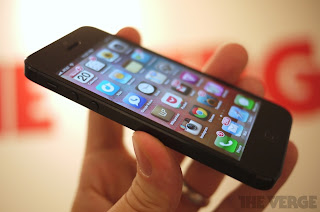 As smartphones become smarter, it is conceivable that in the near future most of our lives will be controlled by them. Most of the electronic devices in our lives anyways. The technology to use smartphones as a means to control everyday apparatus in our homes and offices is becoming more advanced almost daily. Already there are apps that allow us to use our phones to operate as a remote for our stereos, garage door openers, and many more items. It's possible that not far into the future, we will be able to control our security systems and televisions with them as well.

Forbes reports that Microsoft has already gained a step on Apple and Google in the race to control our daily electronics. They have done this by acquiring Id8 Group R2 Studios, an app development company. So far, the only known product of this company is a $99 application that was made for Android. The app is designed to control basic home functions, such as the security system, television, and other electronic pieces.
Google has their own app, called Android@Home, which is designed to offer similar functionality through Android based phones. Apple however, seems to be falling behind in this race, as they have relied heavily on selling 3rd party applications that offer these services.

One of the biggest obstacles to this technology is that the existing systems within the homes will not be compatible with it. However, this will open up a market opportunity for the manufacturers of each of these products, which could prove to be rather profitable. Companies like Whirlpool, General Electric, and other companies that build home appliances will have an opportunity to create devices that can be controlled through this technology, and stand to make a large profit in the process.

As time progresses, and technology increases, it only makes sense that more of our lives will become automated. However, I wonder if we are seeking to make them entirely too automated for our own good. Remember the Jetsons cartoon on television? There were times when having appliances that were remotely operated did not turn out to be all that profitable. In the world we live in, family dinner has been sacrificed for TV dinners and the late show, and movie night has given way to video games and chat rooms.

Perhaps we shouldn't be in such a hurry for another way to make our lives faster, but rather slow down and enjoy the time it takes to walk across the room and flip the light switch. Only time will tell how far this technology will go, and only time will tell how it will affect us.
Posted by IMPACT Ministries 360 at 11:07 AM No comments: