Still undecided about purchasing an iPhone 5s? Check out this video review of the new model and see if the new features are what you're looking for. Remember to check out our selection of iPhone 5s and iPhone 5c models in our Bytes 4U section. 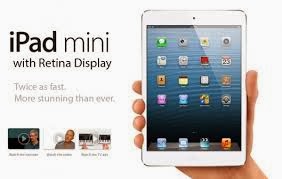 The cellular models of the iPad Mini with Retina Display are now available for walk in purchases in some Apple retail stores in the U.S., although Verizon and AT&T still do not have the tablet.

Apple’s launch of the iPad Mini with Retina Display was uncharacteristically quiet, with the tablet being launched on the company’s website at midnight, and with no public announcement. This is probably due to supply constraints, which do indeed seem to be plaguing the carriers. The new iPad Mini with Retina Display is one of the most sought after holiday gift items this year.

While Verizon and AT&T may not have any of the devices for sale, Tiny Apple Bytes does have available devices. To get your iPad Mini with Retina Display from Tiny Apple Bytes, simply visit our Bytes 4U page and select the model you want!
Posted by IMPACT Ministries 360 at 5:23 PM No comments:


Here are 25 features of iOS 7 that Apple has not told you about.
Posted by IMPACT Ministries 360 at 1:05 PM No comments: 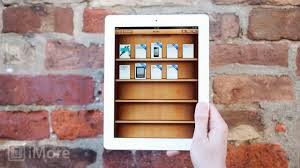 In July Judge Denise Cote of the New York federal district court passed a conviction down on the iPad, claiming that it was a part of a conspiracy to increase e-book prices. This doesn’t really seem to make sense on the surface, as the tablet actually caused e-book prices to drop when it entered the market in 2010. Consumers were able to choose more freely where they would purchase their e-books, and the competition subsequently caused a price reduction.

The judge appointed a personal friend, Michael Bromwich, as a monitor of the situation. However, Bromwich used his position to rip into the Cupertino based tech giant. His role in the mess following the lawsuit is rather scandalous, as he is billing Apple $1,100 per hour to investigate the company. Oh, and as if that’s not enough, he has also called in a second law firm to help ensure he gets the job done right because he has no experience in this area. The first two weeks of his investigation landed Apple a bill for $138,432.40.

Bromwich has asked for meetings with all of Apple’s upper echelon, including Tim Cook and Jony Ive, presumably to pump them for information. Judge Cote also wants Bromwich to meet with her every month and hand over detailed reports of what he has found without having an Apple attorney present at the meeting. The WSJ says this is completely unconstitutional.

The editorial column in the Journal says, "Special masters are typically imposed on a company to remedy a pattern of especially egregious conduct using a settlement consent decree in which litigants agree to the terms of the appointment. Judge Cote foisted Mr. Bromwich on Apple over its objections, to punish the company for what she ruled was price-fixing when the late Jobs tried to alter the payment structure of e-books in December 2009 and January 2010."

Judge Cote has withdrawn her request for private meetings with Bromwich after Apple loudly voiced its objections. However, the Journal says that withdrawing the request is not enough.

"The Second Circuit where her ruling is on appeal should remove her from the case. Her condominium with Mr. Bromwich is offensive to the rule of law and a disgrace to the judiciary.”

What do you think? Is this a gross abuse of power for a judge to place a personal friend in charge of a massive investigation, then try to gain information without both parties present? Tell us what you think in the comments below.