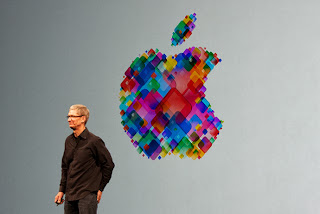 Apple CEO Tim Cook voiced his opinion on the Employment Non-Discrimination Act in a piece in Sunday’s Wall Street Journal. He explained that he and Apple support the bill, and believe it to be a positive step for American lawmakers.

As we see it, embracing people’s individuality is a matter of basic human dignity and civil rights. It also turns out to be great for the creativity that drives our business. We’ve found that when people feel valued for who they are, they have the comfort and confidence to do the best work of their lives.”

Apple Inc. is noted for cutting edge technological advances, and it appears that Cook is helping make the company known for leading the charge into more open views regarding sexual preference and the protection of employees’ rights in the workplace.

Cook joins President Barak Obama, and a string of other celebrities and politicians to voice their approval of the bill.

The Senate voted on Monday night to move forward with discussion of the legislation. This is the first forward motion the bill has seen since it was defeated in the Senate vote in 1996.
Posted by IMPACT Ministries 360 at 10:08 AM No comments: