iWatch Will Have To Out-Perform Samsung Galaxy Gear 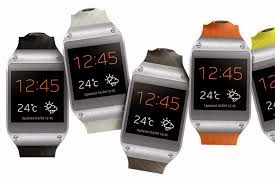 Rumors of Apple being in the development stages of a wearable smart device, which has been labeled the iWatch, have been circulating for quite some time. Those rumors have grown considerably more popular in recent days.

Galaxy Gear Is A Flop
Apple’s arch-enemy, Samsung, released its version of an iWatch in September. The Galaxy Gear was launched amid fanfare and advertising, which led many to believe the device would be a popular piece on consumer shopping lists. However, as of now, the device is a flop as far as sales are concerned.

Since the device debuted at the end of September, it has recorded approximately 50,000 sales. This number is well below what the company expected to sell, and everyone knows it. BusinessKorea said on Monday that the daily sales of the Galaxy Gear are in the 800 to 900 unit range. The publication notes that this is “far below initial expectations.”

Part of the reason for low sales is the fact that many of the initial reviews of the product slammed it pretty hard. The major faults noted in reviews were the high price of $300, the short battery life, and the initial limitation of connectivity with only the Galaxy Note 3. The last issue was later resolved, with support for the Galaxy S3, S4, and Note 2 being added to the device.

Apple’s Plans
According to the rumor mill, Apple will be releasing an iWatch next year. The difference between Apple’s product and the Galaxy Gear is that Apple’s product is rumored to center around the physical health of its owner. With special biometric sensors, the iWatch may be able to offer valuable feedback regarding the medical conditions of the wearer.

All of this is still conjecture at this point, as Apple has not yet conceded that an iWatch is in development. However, the rumor mill, although sometimes missing the mark, is for the most part a fairly reliable source.  If the rumors do prove true, then Apple will have to make sure the iWatch outperforms the Galaxy Gear, or the company could end up with time on its hands.

Tiny AppleBytes will keep you updated as we learn more about the iWatch.
Posted by IMPACT Ministries 360 at 10:07 PM No comments:

Is Sapphire The Answer For iPhone 6?

Apple Inc. has a new love that may only be exceeded by its love for clean energy. This new love is sapphire glass, and it could just be the next big thing when it comes to smartphone screens.
Sapphire glass is made through a process that takes more than two weeks to complete, and requires the ingredients to be heated to 2,100 degrees Celsius. The end result is a product that is virtually scratch proof. The video below explains how the process works.

Apple’s Arizona Glass Factory
Apple has invested heavily in a new factory in Arizona that will manufacture sapphire glass for its new display screens. The agreement Apple signed with GT Advanced Technologies to produce the glass involved Apple paying $578 million in advance to the company. The factory will reportedly create 2,000 jobs in the Mesa area, including the construction jobs involved with building the facility. In theory, sheets of sapphire could be sliced thinner than a human hair, which would make it the most lightweight, durable screen material ever invented.

How Does Sapphire Compare To Gorilla Glass?
The cost of sapphire compared to manufacturing Corning’s Gorilla Glass is nearly ten times more expensive. The reason for this is partially that Gorilla Glass has already been around for a while, so the process for manufacturing it has been streamlined. However, sapphire glass is a brand new item on the market, and is sure to be a hot commodity for a while. The cost for a smartphone screen made out of Gorilla Glass is in the $3 price range, while a sapphire glass screen will cost closer to $30. Estimates say that once production of sapphire becomes more commonplace, the cost will be reduced to only three to four times that of Gorilla Glass.

iPhone 6
Apple is rumored to be prepping the iPhone 6 to launch sometime next year. According to reports, the phone will utilize sapphire glass for its display screen, which is highly believable. At the current time, Apple uses sapphire glass on its iPhone 5s, but only for the Touch ID button, not the whole screen. If the iPhone 6 sports sapphire glass as its full display, then the cost of the model will most likely be raised to cover the cost of the added glass. However, demand is almost guaranteed to be extremely high, given the indestructible nature of sapphire glass.

Tell us what you think. Will the iPhone 6 have a full sapphire glass display? Leave your comment below and share your opinion with others.
Posted by IMPACT Ministries 360 at 12:22 PM No comments:

The iPad Min with Retina Display has been a much hyped device, and Apple Inc. is set to sell a lot of them this holiday season. However, there seems to a be a couple of minor issues that tag along with the tiny tablet computer, and both of them are tied to the display.

Image Retention
The first issue noted by reviewers of the iPad Mini with Retina Display is that some of the units suffer from minor cases of image retention. We reported last week that this issue had been noted by several consumers on Twitter, as well as multiple blogs around the web. However, while iPad Mini owners could return the units for new ones, the issue is not a threat to long term usage of the device. Also, image retention is not the same as burn-in noted on LCD screens, where the image is permanently etched. The image retention associated with Retina Display iPad Minis is temporary.

Color Depth
The second issue with the new iPad Mini’s display is coming to the forefront today, as noted by AnandTech.com. The Retina Display on the new iPad Mini is not as rich in color as that of its big brother, the iPad Air. In fact, the color difference can easily be seen when compared side by side.

Why Is The Color Gamut Different From The iPad Air?
The iPad Mini with Retina Display uses the same 2048 x 1536 resolution as the iPad Air, but it is in a much smaller screen, which makes it the densest display of any Apple device in terms of pixels. The text and graphics appear to be sharper and clearer than ever before.
So, if the display is sharper, why the issue with color saturation not matching the iPad Air? This is easily explained by the fact that Apple simply used the same color gamut for the new iPad Mini with Retina Display as it did for the previous iPad Mini. While the display is as high definition as you can get from Apple, the color range doesn’t tout the same quality as the picture sharpness.

What Does This Mean For Apple?


This could prove to be a marketing problem for Apple, as there are other tablets in the same price range that do offer the more dense color coverage. While Apple is a premium brand name that people love to buy, consumers expect the brand to live up to its premium price tag as well. Unfortunately, for some consumers, the iPad Mini with Retina Display simply won’t be worth the cost because of issues like image retention and poor color density.
Posted by IMPACT Ministries 360 at 11:15 AM No comments:

Apple Inc. is a big supporter of clean energy, and that is not a big secret in corporate America. Apple is reportedly planning a huge new data center that will run entirely on clean energy, as we reported last week. The company has been noted by multiple sources to be very active in promoting cleaner electricity and fuel sources for not only its own data centers, but for the rest of the world as well.

In North Carolina, Apple took an unprecedented step by building its own fuel cell farms and solar farms to create clean energy for its data centers there. While Google and Facebook both support clean energy, and have requested the means to purchase electricity from clean sources, Apple is the only company to actually do something to better the world surrounding its data center.

GigaOM reporter Katie Fehrenbacher has an exclusive look at Apple’s data center and the energy that powers it. The report is both interesting, and compelling. Read the entire article here.
Posted by IMPACT Ministries 360 at 9:28 AM No comments: 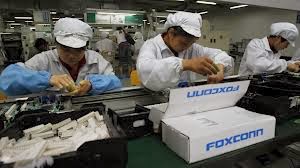 Foxconn is easily one of Apple’s largest suppliers when it comes to the iPhone5. The company has been one of Apple’s go-to suppliers on almost every major project involving the iPhone, and its size and scale make it the perfect manufacturer for Apple’s flagship product.

All of these facts come to mind now that rumors are circulating that Foxconn is going to reduce iPhone 5c production at its factory in Zhengzhou, which is located in northern China. The company is not breaking ties with Apple, but is rather shifting its focus over to the more expensive iPhone 5s. According to a report by DigiTimes, which cites unidentified “industry sources,” Foxconn will be cutting back on production of the iPhone 5c, so that more of the iPhone 5s units can be manufactured and sent out the door.

As of right now, Foxconn handles roughly 30 percent of Apple’s iPhone 5c orders, while the other 70 percent is handled by Pegatron Technology. Pegatron’s production of the iPhone 5c has also been reduced since the device first went on sale in September of this year.

This is the first time ever that Apple has launched two separate iPhone models, with the iPhone 5c coming in a variety of colors and a plastic case. The iPhone 5s sports a much sturdier aluminum casing and is the exclusive device that has the Touch ID fingerprint sensor that allows only the phone’s owner to have access. While the iPhone 5c is cheaper, the more costly model seems to be the favorite with early purchasers. However, several people have predicted that the iPhone 5c will see its own share of success in the long run.
Posted by IMPACT Ministries 360 at 6:39 AM No comments: