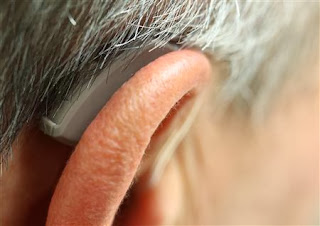 Apple is rolling out a new product for the hearing impaired that just might make life a little easier for them. Apple has partnered with Copenhagen based GN ReSound to make the first Made for iPhone hearing aids.
According to Reuters, the LiNX hearing aids have been made available on the market, and what makes them extremely different from their predecessors is that they will link directly to an iPhone. Prior models of wireless hearing aids for cell phones were designed to connect to Bluetooth enabled phones via a “streamer” that acted as a portal for the devices.

Low Energy Technology
The hearing aids utilize the same Bluetooth technology that Apple uses to power its iBeacon micro-location devices. It operates on the 2.4 gigahertz band using Bluetooth’s low energy mode. The hearing aids serve as much more than a conversation helper for the hearing impaired. They can stream music as well as be used for calls. The adjustments for the devices are all handled through an iOS app that is specially designed for them.

Competition Heating Up
There are other companies in the mix who are all vying for a piece of Apple’s market, and similar products are being developed. Starkey Technologies of Minnesota, and William Demant of  Smørum, Denmark are also expected to release devices, although no official announcement has been made.

Apple Is Striving To Improve The World
Apple has dedicated a lot of resources to the project, trying to help hearing impaired people find a device that is useful for their lives in the iPhone. Both Apple and GNReSound personnel have made trips across the water to refine the devices and make them longer lasting in terms of battery usage.


Apple will be retailing the hearing aids at a cost of just more than $3,000.00 each. While this might seem like a premium price for hearing aids, to an iPhone owner who is hearing impaired, it just might be an answer to prayer.
Posted by IMPACT Ministries 360 at 2:12 PM No comments:

It Appears That Apple Does Indeed Own Beautiful & Sexy 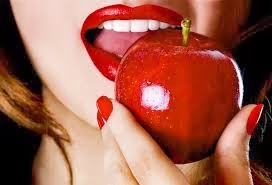 Samsung lawyer Bill Price may have given Apple a whole new appeal to the market with his closing statement in the Apple VS Samsung patent infringement case.

Price’s closing statements indicated that Samsung felt that although some of Apple’s patents had been copied, they were not necessarily patents that should only apply to the iPhone. Price said, “Apple has tried to mischaracterize these patents so they are the iPhone. These patents are very narrow…Apple doesn’t own beautiful and sexy.”

That final sentence could be taken as an admission that Samsun simply did not have the design talent to build a phone that was sleek and appealing, the way the iPhone has been since it first debuted. It almost sounds like Price is admitting that Samsung was defeated in trying to engineer its own line of beautiful smartphones, so it poached Apple’s design for its own devices.

It appears that the technical genius behind the iPhone is not all that Samsung and other Apple rivals hope to overcome. Rather, instead the aesthetically appealing design of the unit, coupled with its intense versatility holds sway over competitors.

Many of those who delve into the technical realm would disagree that Apple has great success due to its marketing, but rather choose to believe that it is merely the technical beauty of the product that sells. However, even the most technical minded person would have to agree that Apple’s product design is very beautiful and appealing to the public.

While the engineers may find it hard to believe that many people flock to the attractive design of the iPhone, iPad, and other Apple products without knowing the full technical capabilities of them, it happens every day. In fact, the average consumer probably uses less than 50 percent of their iPad’s true capabilities, choosing simply to surf the web and play games.

I guess, when you get right down to it, Apple does own beautiful and sexy…and owns it well.
Posted by IMPACT Ministries 360 at 11:20 AM No comments:

Apple Rumors: iWatch & A larger iPad On The Horizon The iWatch is a fabled product that Apple buffs have been hinting about for several years. The idea of a wearable piece of technology that can help your fitness routine, provide music, and allow you to check your email without ever causing you to lose track of time, is a tempting thought at the least. Now, there could be evidence that Apple truly is developing such a product.

According to a report by DigiTimes, Apple has tapped the services of Taiwan based Quanta computers to develop the iWatch and production pilots are already underway. The device has been pushed back from the first quarter of next year to the second according to the report because of low yields. Foxconn has also been invited into the project, but the split between the two companies is as of now undetermined.

Quanta will also be responsible for building Apple’s new iPad, which is rumored to have a 12.9 inch screen.  According to the report, the company expects supplies of the larger scaled tablet to be limited due to the fact that components for a tablet of this size are not currently available in the mainstream market. This means there could be a supply constraint until the idea of larger tablets catches on with component manufacturers. The new larger iPad will most likely be used in the education and business fields, rather than for personal home use.

Read the entire report here.
Posted by IMPACT Ministries 360 at 8:49 AM No comments: