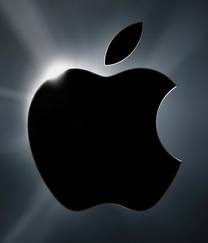 Tim Cook removed two of Apple's top employees on Monday. It is believed that these two people were released, due to the Maps fiasco that caused Apple so much heartache with its iPhone 5 launch. Scott Forstall and John Browett were asked to relinquish their positions at the Cupertino tech giant, and subsequently we may see some of the effects of that decision in the next product refresh.

Steve Jobs, Apple's late co-founder, had a penchant for designing software that mimicked real life materials. This included the linen styled background often seen in Apple's mobile products, as well as the wood grain finish in some of the applications. Following Forstall and Browett's removal, Jonathan Ive was promoted to a new role in Apple's elite company. He will now oversee software design, as part of his new responsibilities.

Ive has never made it a secret that he was no fan of Jobs' software design. In fact, he is behind the more modern and simple view that many of the products have taken on in recent years. Critics of Apple's software have said that while they find the devices and hardware manufactured by the company to be extremely modern and cutting edge, the software leaves much to be desired. It is presumed that Ive will change all of that in the coming product lines.