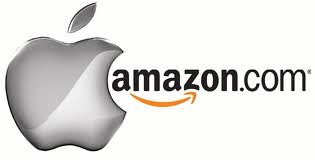 Howard Lindzon, the CEO and co-founder of Stock Twits, which is a social network designed for investors to trade ideas in real time, posted an interesting article for TechCrunch yesterday. He points out that Apple Inc. (AAPL) began shedding value immediately after their earnings reports were released, although they beat the estimated earnings for the quarter. While this may seem surprising, Amazon.com Inc. (AMZN) investors showed an even more confusing reaction to their earnings report. Amazon missed estimates, yet the stock climbed after the report was released.

So, what caused these two tech giants to have completely opposite reactions to their earnings reports, and why did they move the opposite direction from what would typically happen in these cases? Well, according to Lindzon, the stock movement is all about guidance and expectations that have been made going forward.

Wall Street has come to expect more out of Apple Inc. than just about any other company in the world. However, in regards to Amazon, expectations are along completely different lines. Apple reported huge gross earnings, but the profit margin needs to grow if investors are to continue to be satisfied with the company. However, while Amazon posted lower than expected earnings in regards to gross profit, their profit margin is rising. Lindzon points out that if Amazon had posted higher profits, with  lower margins, Wall Street may have shown them the same reaction they showed to Apple.

Lindzon’s most interesting points center around the fact that Apple has recently soured on investors, shedding huge dollar amounts from its share price. However, he also notes that while the company may be the most valuable company in the world, there is a level of uncertainty when attempting to predict the future. Apple is in completely uncharted territory, and no one knows for sure what the company has in its future, but that has definitely not stopped them from attempting to predict what will happen.

Apple’s dismal performance in share price could be linked to the fact that the growth rate of the company has slowed, and the demand for more powerful gadgets at more affordable prices have caused the company’s profit margins to shrink. Wall Street investors are not intrigued with Apple’s profit, but rather are disgusted with guidance going into the next quarter.

Amazon.com Inc. (AMZN) has been able to gain market trust with its growing profit margins, and steady business pattern. Jeff Bezos receives high praise from Lindzon, where he mentions that the man has done a “miraculous job” of keeping the Wall Street analysts focusing on growth in the area of sales. Amazon reported a margin of 24.1 %, and this number seemed to overjoy investors.

While everything could be completely reversed in the next quarter, chances are that until overall profits become the focus of the Street, Amazon will outperform Apple. It will be interesting to see how Tim Cook and Jeff Bezos guide their respective companies going forward, and with Apple’s newest iPad coming out in a 128 GB model next month, I think it is safe to say that Apple is going to go forward as strongly as possible. We will have to wait and see.
Posted by IMPACT Ministries 360 at 1:21 PM No comments: