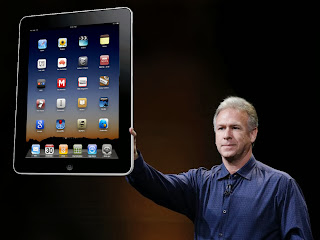 Apple Inc. is reportedly testing a new iPad model that will have a much larger display than previous versions of the tablet. In a report from the Chinese site PadNews, we learned that Foxconn, Apple's Chinese supply connection is reportedly in advanced stages of product testing on an iPad that could have anywhere from an 11 inch to 13 inch screen.

Apple just brought the iPad Mini to us last year in response to consumer demand for a smaller tablet. This model will soon be available with a Retina display, which will make it a hot holiday item. However, it appears that the public now wants a larger version of the portable computer. While these rumors have not yet been officially confirmed by Apple Inc. we believe them to be true.

The iPad Air is one persuasive argument for the development of a new, larger iPad. The Air derives its name from Apple's MacBook series and is named in reference to its slim, light design. Previously, Apple has named its iPad models with numbers to indicate which generation the tablet was associate with. This step away from that tradition could be an indication that Apple intends to move away from other traditions as well -- including making a larger tablet computer.

The idea of a larger iPad is also supported by analysts, including Ben Reitzes of Barclays who believes Apple will be announcing a larger iPad soon. His reasoning behind this is that Apple recently developed a 64-bit chip for the iPhone, which will enable iOS devices to experience much better displays. This could easily be carried over into the design of a new iPad.

The rumors regarding a plus sized iPad have been circulating for some time now, with many journalists dubbing the over-sized tablet the iPad Maxi. I suppose we will have to wait and see what Apple decides to announce in the coming months.


What do you think?

Should Apple launch an iPad Maxi? Let us know in the comments section.
Posted by IMPACT Ministries 360 at 8:05 AM No comments: