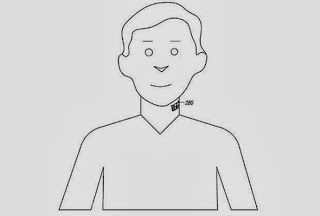 Technology has been taking some major leaps in the last few years. The advent of the Apple iPhone brought about a change in the way we use our cell phones to communicate, with many of us relying on them to provide everything from texting to email. Now, it appears that Motorola will be bringing us the nest big advance in the field of mobile technology.
The company, owned by Google Inc., has just received a patent for a something far more interesting than a simple headset or earbud. According to reports, the company has patented a tattoo that can be applied to the throat. This tattoo will be able to connect to a smartphone, much the same way that a Bluetooth headset or earpiece does. Once connected, the tattoo would allow you to control your phone using nothing but your voice.

More Than A Tat
According to the patent, the tattoo would be able to connect to other devices besides phones as well. The theory is that users could incorporate the tattoo into their gaming, Internet surfing, and phone calls by connecting to multiple devices. It would use NFC, Bluetooth, ZigBee, or some other similar communications stream.
Oddly enough, Motorola also claims to be able to use the tattoo on animals. If this is the case, then products like electronic doggy doors may not be far in the future.

Motorola Not The First
While the idea of using a tattoo to control your phone may seem like an outlandish idea, Motorola was not the original creator of such a device. In fact, Nokia patented a similar device last year. The tattoo designed by Nokia is a “vibrating tattoo” that is designed to allow users to “feel” when someone calls them. Personally, I would prefer to simply hear the phone ring and pick it up.

Google, Apple's arch-enemy is also working on a tattoo that can be used in several ways. However, aside from being used to control smartphones, this tattoo could also double as a lie detector. I personally have a list of politicians who should be forced to get this one.

What do you think? Should we be experimenting with tattoos that connect to electronic devices? Let us know in the comments section below.
Posted by IMPACT Ministries 360 at 1:23 PM No comments: 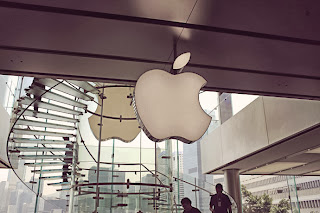 Apple Inc. CEO Tim Cook, my hat is off to you today, as I read that you have decided against opening Apple Retail Store locations on Thanksgiving Day. Most CEOs would not have made the decision to remain closed on a major sales day.
According to reports, Apple will NOT be opening their stores on Thanksgiving Day following an announcement from Tim Cook saying that employees need to spend time with their families.


Read the entire article here.
Posted by IMPACT Ministries 360 at 11:19 AM No comments: 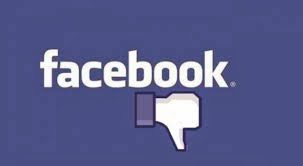 Snapchat is a photo-messaging service that is quickly taking root in the teens and twenty-something age groups. The social networking app is headed up by 23 year old Evan Spiegel, and boasts millions of users. While the network is nowhere near the size of Facebook’s one billion plus users, it is large enough that Facebook is interested in acquiring it.
Facebook reportedly offered Spiegel $3 billion for Snapchat, in an effort to make the photo-sharing service a branch of Facebook’s massive portfolio that also includes Instagram, another photo-sharing service. The offer was most likely sparked by reports earlier this month that teen usage on Facebook is dropping, while Snapchat is quickly gaining ground in this particular market.

Business As Usual
According to reports, Evan Spiegel turned Facebook’s offer down flat, and continued on with his daily routine. Imagine turning down $3 billion at the tender age of 23!
It appears that Snapchat is being courted by several investors, and now that knowledge of a huge offer from Facebook is on the public table, the company hopes to obtain a better offer from someone else. Up until just last month the company was based in a beachfront house in Venice Beach, California. Now it could be headed for the big leagues and a home in the Silicon Valley, depending on who decides to shell out enough cash to purchase it.


Snapchat is an application that allows users to text and send photos via its instant messaging feature. The difference between Snapchat and most photo sharing apps is that the pictures and messages disappear after they have been viewed, which makes it very popular among teen agers. This feature, combined with its ease of use makes the app one of the hottest items on the market now, and Facebook was hoping to cash in on the hype surrounding it. However, it appears that Zuckerberg will have to either fork out more cash, or find another app to take over, because Snapchat has completely snubbed the offer.
Posted by IMPACT Ministries 360 at 6:56 AM No comments:

Apple May Release The iWatch In Two Screen Sizes

According to DisplaySearch, a supply chain analysis firm, Apple Inc. is planning to release an “iWatch.” David Hsieh, an analyst at the firm, says that Apple will be releasing the new product with two screen options to choose from. According to Hsieh, the iWatch will sport an OLED display and will come in a 1.7 inch screen size for men and a 1.3 inch screen size for women.
If Apple Inc. is truly working on an iWatch, and all indications are that this is the case, then branching into wearable computers is a whole new market. This will be the first time Apple has gone beyond making accessories that compliment consumers’ clothing choices, and actually added something to the wardrobe.

iWatch Rumor Mill
iWatch rumors have been making the rounds for quite some time. However, up until now, there has been no indication that the company was actually planning to launch such a product. According to Apple Insider these rumors have “picked up significantly in 2013.” The report goes on to say that Apple has “a team of more than 100 employees working on the project and has snapped up industry experts in fashion, wearable devices, and fitness throughout the year.”
It appears that the iWatch will be more than just a watch, or a wearable iPod. The smartwatch will feature a full arsenal of biometric sensors, and it is even possible that the iWatch will function as a standalone product, rather than requiring it to be linked to something else. This watch will be a direct competitor of the Samsung Galaxy Gear, a smartwatch manufactured by Apple’s biggest competitor in the mobile device world.

iWatch Benches Apple TV
Last year rumors of Apple Inc. attempting to work out a deal with cable companies to market its Apple TV as a standalone product were making the rounds. While it was apparently true that Apple was trying to create such a deal, it appears that all of that has been put on hold in lieu of the iWatch project.
According to Paul Gagnon, another display search analyst, the choice to focus on the iWatch is the best one due to consumer interest waning in a television product. He said, “Indeed, the existing Apple TV box may be an impediment to Apple’s success with a smart TV product, which as a category, is not growing in the U.S. as man had hoped for. Our most recent smart TV forecast is that they will only account for about a quarter of TV shipments in 2013, and grow very slowly from there, with the focus on low-end premium models.”


iWatch will most likely be announced early next year, and then launched later on. For now, Apple Inc. has yet to confirm the development of the product, but we all know that just because the Cupertino tech giant doesn’t admit to having something, doesn’t mean they don’t. Until the iWatch is announced by Apple, we will have to simply keep checking the rumors out. Some will be true, and some will not, but that is why the anticipation builds to such a frenzy with each new Apple product.
Posted by IMPACT Ministries 360 at 5:26 AM No comments: